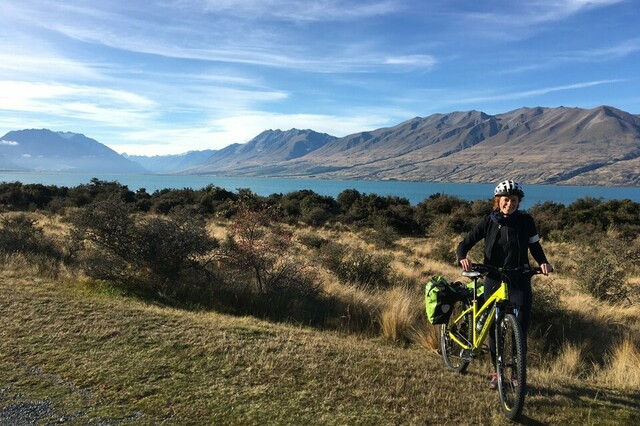 “With cancer, everyone puts so much emphasis on the drugs - and that’s great, but there’s also so much that sits outside of that,” says Kate of her decision to try Harbour’s Wellness Centre, which soon became critical in her mental and physical recovery.

“I’m normally a very active person but I was really struggling,” she explains. “I struggled with the mental side effects of treatment, feeling like my body had become a pin cushion from all the needles, surgeries and procedures.”

At the Wellness Centre, she enjoyed on-site physical rehabilitation with lead physiotherapist Megan, who gently encouraged Kate to move within her limits, as well as oncology massages.

“It was a beautiful way to reconnect with my body. They’re aware of your medical situation and you don’t have to explain anything, you’re just being looked after. Having an hour of peace is pretty powerful when everything’s going on.”

Then, just one day after finishing radiation, she decided to give the Wellness Centre’s PINC & STEEL paddleboard course a go.

“Having spent all those days in hospital doing radiation, it was nice to have an appointment that wasn’t a medical appointment,” says Kate. “I wasn’t really sure if I was going to be able to do it, but I knew it was going to be a great experience so I just said yes.”

“Socialising, exercising and being in nature…it’s the golden triangle, really. It’s at the most beautiful location in Castor Bay, with views out to Rangitoto and beautiful clear water. It was great to feel accomplishment from trying something new, and Megan knew everyone in the class. She knew everyone’s limitations and it wasn’t a big deal – you didn’t have to explain yourself.”

Now, even as Kate continues her cancer journey one year on from diagnosis, movement remains at the forefront of her recovery, having just cycled 140km from Twizel to Ōtemātātā over three days, only 8 months after brain surgery.

We continue to look forward to being a part of Kate’s journey and can’t wait to see what milestones she reaches next.