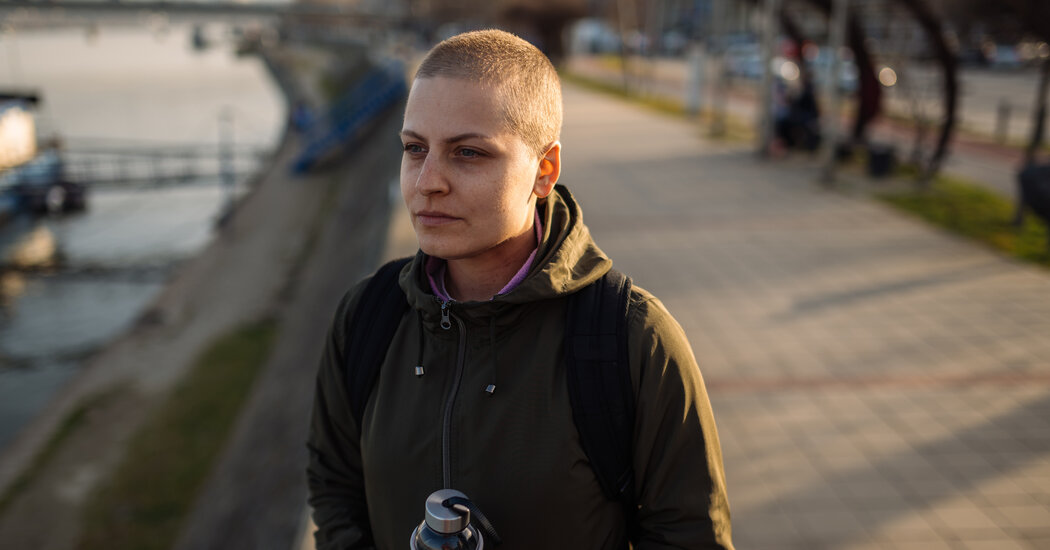 Regular exercise may help lessen “chemo brain” among women being treated for breast cancer, according to a large-scale new study of the associations between physical activity, chemotherapy and cognition. The study, which involved more than 500 women with breast cancer, finds that those who were the most active before, during or after their treatment were the least likely to develop the memory decline and foggy thinking that characterize chemo brain.

The study does not pinpoint precisely how exercise may protect the brain during chemotherapy, but does suggest even small amounts of activity, such as a half-hour walk when possible, could make a difference in cancer patients’ ability to think and remember as they move toward recovery.

Cognitive problems are nearly universal among women undergoing chemotherapy for breast cancer. “Most patients will experience some degree of cognitive decline” during or after their treatment, said Elizabeth A. Salerno, an assistant professor of surgery and public health at Washington University School of Medicine in St. Louis, who led the new study. In an earlier study written by many of her collaborators, researchers found that women’s ability to concentrate and remember worsened significantly after they began chemotherapy, and the falloff lingered or even accelerated through the six months after their treatment ended.

The causes of this so-called chemo brain remain somewhat mysterious, Dr. Salerno said, but probably involve a complex interplay between physical and psychological side effects from the disease and treatment. Chemotherapy drugs may directly undermine the operations of certain brain cells, for instance, or cause inflammation throughout the brain. Women with breast cancer also often struggle with fatigue, depression or anxiety during their treatment, which likewise can influence the ability to think and remember.

Meanwhile, experts increasingly recommend exercise for people with cancer of almost any type, including breast cancer, since it typically combats certain of the more-debilitating side effects of treatment, such as fatigue and muscle loss. Perhaps even more important, in high-risk breast cancer patients, exercise is linked to significantly lower risks of recurrence and longer life spans.

But little has been known about whether being active might also alter the severity of chemo brain. Past research into moving and thinking during breast cancer treatment has been mostly small in scale or centered on physical activity during chemotherapy, when few women, understandably, manage to get much exercise.

So, for the new study, which was published in August in the Journal of Clinical Oncology, Dr. Salerno and her colleagues decided to reanalyze the data from the earlier study of cognitive decline in women undergoing chemotherapy. This time, they focused on how much the women moved before and after, as well as during, their chemo, and the relationship between being active and their ability to think clearly. (The original research was designed and led by Michelle C. Janelsins, an associate professor of surgery at the University of Rochester Medical Center in Rochester, N.Y., who also was an author of the new study.)

In the original study, 580 women with a diagnosis of Stage I to Stage IIIC breast cancer, meaning malignancies that were contained in or near the breast, completed questionnaires and tests about a week before starting chemotherapy. One form asked them to recall how much time they spent recently in any physical activity, whether vacuuming, gardening, walking or more-rigorous sports like jogging. Separate questionnaires asked how they felt, right at that moment, about their ability to think and remember. Finally, several computer tests measured their visual memory, which is the vital ability to remember what something looks like, as well as their attention.

The women repeated these forms and tests during the final week of their chemotherapy and again, six months later. Separately, 363 women without breast cancer completed the same forms and tests on about the same schedule, to serve as a control.

Then the researchers compared activity levels and cognition. Over all, the women with breast cancer were relatively inactive before starting chemotherapy. Only a third of them met standard exercise guidelines, which call for at least 150 minutes a week of moderate exercise, such as a brisk, half-hour walk most days. The percentage of patients meeting these guidelines dropped to 21 percent near the end of chemotherapy, but rebounded to 37 percent six months later. For the control group, it hovered at about 40 percent throughout the experiment.

Women’s symptoms of chemo brain generally paralleled their activity levels. Those few patients who met the guidelines before and throughout their treatment showed little cognitive decline at all. Their results on the computer tests before, during and after their chemotherapy were comparable to those for the control group (although some of the patients reported feeling less sharp). Perhaps most compelling, if women with cancer started out active, meeting the exercise guidelines before chemo, they tended to score higher on the cognitive tests six months later than woman who had been inactive from the start, even if they stopped moving much during treatment.

These findings suggest that aiming to meet exercise guidelines before beginning chemotherapy might be a worthwhile goal, Dr. Salerno said, although this study does not tell us how much or how little exercise would be ideal, or how long before chemo might be the best moment to start exercising. It also is observational, so does not show exercise causes thinking to be unaffected by chemo, only that women who move also experience less chemo brain.

Above all, these results are not meant to worry or badger women who feel too fatigued or ill or overwhelmed to exercise in the midst of chemotherapy. “It is important for patients to show themselves grace,” Dr. Salerno said. Rest as much as you need to. When you are able, perhaps walk around the block or up a single flight of stairs, she said. One of the most encouraging and unexpected aspects of the new study for her, she said, was that more women reported exercising six months after chemotherapy than before treatment began. “They seemed to want to be moving again. There’s something beautiful about that.”

For any woman who has been diagnosed with breast cancer and wonders how to start or maintain regular exercise, Dr. Salerno has several suggestions.